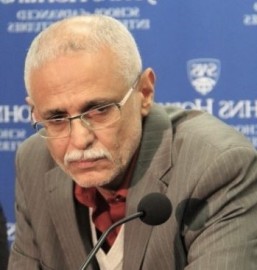 In March 2019, the Higher Administrative Court of North Rhine-Westphalia in Münster heard lawyers representing Faisal bin ali Jaber (right), a Yemeni engineer and two relatives in their case against the Federal Republic of Germany.

Their brother-in-law and nephew had been killed in a U.S. drone strike whilst attending a family wedding on February 2012 in a region where people have been targeted and killed by armed US drones for several years – the numbers in official statements and media reporting differing greatly.

Their lawyers argued that the USA’s use of Ramstein Air Base is in violation of international law – and that allowing U.S. bases on German territory to support such drone strikes violates the German constitution: (Article 24 [Transfer of sovereign powers – System of collective security] & Article 26 [Securing international peace]. It also violates Germany’s Status of Forces Agreements with NATO, under which U.S. forces are granted the right to operate on its territory while respecting German law.

The European Center for Constitutional and Human Rights (ECCHR), one of the NGOs supporting the claimants in the case of Faisal bin Ali Jaber and others, has translated the report of the judgment given.

In its decision, the Court acknowledged that Faisal and his family “are justified in fearing risks to life and limb from US drone strikes that use Ramstein Air base in violation of International Law”. Ramstein Air base provides the satellite relay infrastructure without which drone strikes wouldn’t be possible. It ruled that there was “clear factual evidence” that the base in Ramstein was being used for missions that violated international law.

It went on to state that there were “weighty indicators to suggest that at least part of the US armed drone strikes…in Yemen are not compatible with international law and that plaintiffs’ right to life is therefore unlawfully compromised.” The Senate of the Higher Administrative ruled on March 19th that the German Government must do more to ensure its territory is not used by the US to carry out unlawful US drone strikes in Yemen.

The Court concluded that – though the US has, in some cases, breached international law – it will not prohibit the use of Ramstein Air Base for drone operations. It will, however, be obliged to “assure itself, on the basis of the legal assessment by the Senate, that the general practice of US drone operations in the plaintiffs’ home region in Yemen (in so far as facilities in Germany are used) is in accordance with the applicable international law”.

As Faisal bin ali Jaber said: “Losing innocent family members, by mistake, to a US drone strike is something that no one should have to go through”.

He said that the US drone programme could not function without support from European countries like Germany and the UK. adding: “It is long past time these Governments stepped up to prevent more innocent people being killed by US drones.”

The German government has decided to appeal against the ruling and the Germany’s supreme administrative court in Leipzig will deliver the final judgment.

LAWFARE reports on the hope expressed by human rights organizations that the Yemeni decision will prompt similar litigation in the UK, Italy and the Netherlands—all of which support the U.S. drone program by sharing intelligence or allowing the operation of bases.